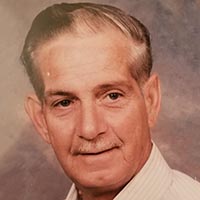 Malcolm Carlton Burchett, Sr., 84, of Dublin, VA died Monday, December 14, 2020 in the LewisGale Hospital Pulaski.  He was born in Virginia on March 12, 1936.  He was preceded in death by his parents, brother, sisters and one grandson.

Malcolm is survived by his son Malcolm Burchett, Jr. (Capri) of Greensboro, NC, and his daughters Sandra Hardy of Ash, NC, Crystal Evans (Danny) of Alabama, Patty DeVries (Brett) of Burlington, NC, and Misty London (Jesse) of Burlington, NC.  He is also survived by 6 grandchildren and 1 great granddaughter.  He was a father figure to Michael Thompson (Patricia) of Pulaski, Susan McGuire (Greg) of Richmond, VA and Tresia Nester (deceased) of Pulaski.

Malcolm’s career as a cab driver afforded him the opportunity to meet many, many people and he never forgot a face.  His friendly demeanor brought a smile to everyone he met.  He was a friend to all and never missed an opportunity to stop and talk.  Malcolm was an avid sports fan and enjoyed reading his bible.  He was loved by many and will be deeply missed.

Memorial services will be held at a later date. Arrangements by Stevens Funeral Home, Pulaski, VA.