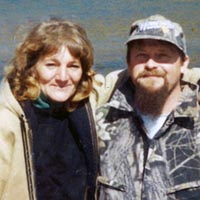 Tammy Christine Bryant, age 61, passed away on Friday, August 28, 2020. Born September 7, 1958, in Pearisburg, WV, she was the daughter of the late Emory Lee and Louise Saunders Snider. Tammy was a homemaker and a beloved companion, mother, grandmother, sister, and friend to all who knew her.

In keeping with Tammy’s wishes, she will be cremated. A memorial service will be held at a later date. Online guestbook can be signed or condolences may be sent to the family at www.broyles-shrewsbury.com. Arrangements by Broyles-Shrewsbury Funeral Home, Peterstown, WV.