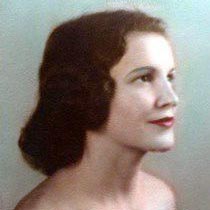 Laura Slaydon Bryant passed away on Sunday, June 10, 2018 at her home in Riner, Va. Born in Martinsville, Va., she was the daughter of the late William (Willy) and Kitty Pearl Slaydon of Martinsville, Va. She was married to the late Ermond R. Bryant of Fieldale, Va. She was preceded in death by her brother and sister-in-law, William (Billy) and Patsy Slaydon Jr.; and her aunt, Elizabeth Green.

She was born in Martinsville, Va. on December 22, 1927. She was a devoted wife and mother, who was loved by everyone. She worked as head accountant at Polyscientific in Blacksburg, Va. and retired in 1992. She loved gardening, photography and going to Cape Hatteras on fishing trips. She was a member of the United Christian Church in Radford since 1967.

A visitation will be held from noon to 1 p.m. on Sunday, June 17, 2018 at McKee-Stone Funeral Home in Martinsville. A memorial service to honor Laura and express love will follow at 1 p.m. followed by a graveside service at Roselawn Burial Park. Reverend Allen Jackson will officiate. The family will receive family and friends after the service at Fieldale Baptist Church. In lieu of flowers, memorials may be made to the Fieldale Baptist Church, P. O. Box 98, Fieldale, Virginia 24089 or Fieldale Heritage, Inc., P.O. Box 590 Fieldale, Virginia 24089.