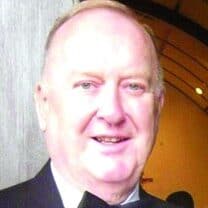 The family is saddened to announce the passing of our beloved father, Nickolaus Bertram Brummer of Monroe, N.C. Nickolaus was born in Dillingen an der Donau, Bavaria, Germany.

He was trained as a Master Pastry Chef, before he emigrated to Toronto, Canada as a young man in 1960. In 1964 he was hired as a baker by Dominion Stores Limited where he quickly climbed the corporate ladder becoming Canada-wide Director of In-Store Bakeries in 1971 and finally Executive Vice-President of In-Store Bakeries in 1976. Nickolaus was successful and innovative and was asked to stay on in this position by A&P in 1985 when A&P Canada purchased Dominion Stores Limited until his retirement in 1994 after 30 years of exemplary service.

Not content to “retire”, Nickolaus successfully built family-owned bakeries throughout the Greater Toronto Area, operating them until 1998 when he sold them. He was then offered a position as the Executive Pastry Chef in the Culinary Department at Virginia Polytechnic Institute and State University Blacksburg, Virginia, in the fall of 1998. Nickolaus and his family emigrated to Christiansburg, Virginia, until his final retirement from Virginia Tech in 2008. Not many people are able to claim citizenship in three countries, of which Nickolaus was very proud! He never forgot his German and Canadian roots, vacationing there at every opportunity.

He was predeceased by his parents, Josef Brummer (1987) and Mathilde Klarmann Brummer (1947); his brothers, Peter, Alphons (Christa) and Bernward Brummer (Ursula); and his sister and brother-in-law, Mathilde and Arthur Martin. He is survived by his much-loved sister, Gertrud Black (née Brummer) of Roanoke, Virginia, and many nieces and nephews scattered throughout Europe. He will also be greatly missed by his nieces, Dr. Rebecca Martin Clark, Dr. Raquel Martin Grippi (John), Dr. Electra Martin Wente (Neill), Allegra Black King (Webb), and nephews, Gregory Martin and Dr. Pierre Martin (Deborah). The loss of Nickolaus is deeply mourned by his ex-wife, Frances Hayward Brummer; sons, Nick Brummer (Jessica) of Monroe, N.C., and Dr. Tyson Brummer (Danah) of Roanoke, Virginia, and especially by his beloved daughter and dear friend, Miss Roxanne Brummer, along with his grandchildren, Nickolaus, Sera, and Sophia Brummer, all of Monroe, N.C., Xavier, Otto, and Evelyn and Matthias Brummer, and step-grandchildren, Blair Hoops and Kelsey Hall, all of Roanoke, Va.