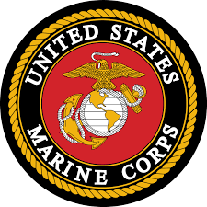 Cullen Scott Brugh, 46, formerly of Pembroke, departed this life on Friday, November 17, 2006 at his home in Roanoke, Va.

Cullen was born in Martinsville, Va. on March 5, 1960, was a veteran of The U.S. Marine Corps, and was employed at the Veterans Administration Hospital in Salem.

He was preceded in death by his mother, Joy Martin Brugh. He leaves to cherish his memory, his father, Howard Brugh of Pembroke; and his brothers, Marshall Brugh and Martin Brugh, both of Pembroke.

A memorial service to honor Cullen’s life will be conducted on Saturday, September 15, 2007 in The Kendall Funeral Home at 605 Snidow St. in Pembroke. The family will receive friends at the funeral home immediately before and after the service. Online condolences may be sent by visiting www.kendallfuneralhome.com.