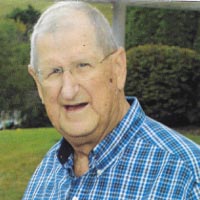 He attended Manasquan High School, graduating in 1956. He enlisted in the Army and served his required two years from 1957 to 1959. He married Peggy in May of 1961. Attended Philadelphia College of the Bible as a Bible major and continued his education at Grand Rapids Seminary in Michigan earning a Masters in Theology. His first church was Nortonville Gospel Chapel in Spring Lake, Michigan. From there he ministered at Community Bible Church in Butte, Nebraska.

A memorial service will be conducted on Saturday, February 8, 2020 at 12:00 p.m. at North Fork Baptist Church with Rev. Danny Collins officiating. The family will receive friends Saturday from 11 a.m. until the service.