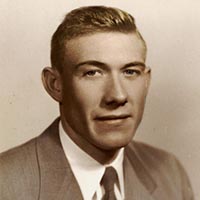 William S. Broyles, age 94, passed away on Saturday, October 17, 2020, at the Carilion Giles Community Hospital in Pearisburg, VA. Born June 17, 1926, in Lindside, WV, he was the son of the late Edgar and Bertha Smith Broyles.

William was a graduate of the Cincinnati College of Mortuary Science and later founded the William S. Broyles Funeral Chapel in Peterstown in 1957, where he remained owner until his retirement in 1991. During his time at the funeral home, William’s passion for farming led him to establish the William S. Broyles Farms in Lindside, WV. Upon his retirement from the funeral home, he began working full time on the farm, where he remained active until his death.

In addition to his parents, William was preceded in death by his wife, Virginia “Teenie” Broyles; and four brothers, Arnold, Kermit, Howard, and Adrian Broyles. Survivors include one daughter, Cynthia B. Morris and husband Sterl of Lindside, WV; one granddaughter, Whitney Mills and husband Wes of Ballard, WV; one grandson, Bane Morris and wife Stephanie of Ballard, WV; three great grandchildren, Graycie and Maggie Morris, and Wyatt Mills; nieces, Joan Cahill, Patricia Harper, and Barbara Ambler; nephews, Jim and Eddie Broyles; and special friends, Bimbo Chapman and Ronnie Lemons. The family would like to extend a special thanks to William’s caregivers, Joyce Wickline, Nancy Ford, Shawnitta Huffman, and Sarah Bradley.

Funeral services will be at 7:00 PM on Tuesday, October 20, 2020, at the Broyles-Shrewsbury Funeral Home Chapel in Peterstown, WV, with Pastor Becky VanStavern and Rev. Joe Geiger officiating. Visitation will be from 5:00 PM until time of services on Tuesday at the funeral home. Burial with military honors will be held at 11:00 AM on Wednesday, October 21, 2020, at the Peterstown Cemetery in Rich Creek, VA. Allen Spangler, Dickie Raugh, Randy Hodges, Sam Shires, Bill Bailey, and Bret Bowers will serve as pallbearers. David Humphreys, Tommy Booth, Bill Utterback, Dossie Williams, Barry Harper, Dickie Oxley, and Darrell McGhee will serve as honorary pallbearers.

Due to the regulations associated with COVID-19 and the WV Governor’s Mandate, those attending the visitation, funeral, and burial services are asked to wear a mask and practice social distancing. Online guestbook can be signed or condolences may be sent to the family at www.broyles-shrewsbury.com. Arrangements by Broyles-Shrewsbury Funeral Home, Peterstown, WV.