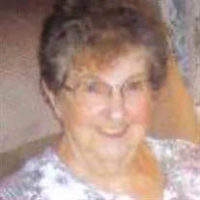 Donna’s husband was a professional policeman, Chief in five different places and was in Vietnam as an employee of the Federal Government. While he was in Vietnam, Donna and the children lived in Manila in the Philippine Islands, where she did volunteer work and also enjoyed playing in a MahJong group.

She was well known for her sewing, crafts and quilting. When living in Hopewell, VA, she was a member of First Baptist Church and was president of the quilting circle. They made and won a blue ribbon for a quilt commemorating the Centennial of the Women’s Missionary Union of the Southern Baptist convention in Richmond, VA in 1988.

She taught third grade Sunday School in the Arlington Church of the Brethren, and Ladies “Wise Women’s” Class in Christiansburg Baptist Church. While living in Bracey she was a member of LaCrosse Baptist Church and was in charge of flower arrangements on the altar, many of which she made. When living in Hopewell, VA she was Treasurer of the Hopewell Prince George American Red Cross Chapter, and was director of the Bloodmobile for the Chapter. She earned the Clara Barton Award for her service. It is the highest honor awarded for Meritorious Volunteer Leadership. She was also president of the Hopewell Opti-Mrs. Club and one of the projects was donating equipment and toys for a playroom at John Randolph Hospital. Donna also made the curtains for the room.

While living in Blacksburg she was the Assistant Treasurer of the United Methodist Church. Over the years, Donna worked for many banks and was last at First National Exchange Bank in Blacksburg in 1978. She also attended many colleges and universities for banking related courses in PA and VA. She was a member of Christiansburg Baptist Church for 15 years, having joined in March of 2002.

Visitation will be held on Friday, January 17, 2020, from 10-11 a.m. at Horne Funeral Home, with the funeral service to follow in the Chapel. Pastor Sean Couch and Pastor Shake Smith will officiate the service, with interment in Sunset Cemetery.