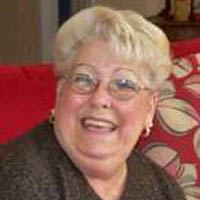 Oneeda Bussey Browning, 77 of Pembroke, Virginia departed this life early Monday morning, November 12, 2018, after a long and courageous battle with lung disease. She was born on November 5, 1941 in Lebanon, VA.

She spent many years in Salem, VA where she proudly raised her family, worked as a Nursing Assistant at Lewis Gale Hospital, and spent the majority of her career at Stuart McGuire and the Home Shopping Network.

Oneeda was a loving mother, grandmother, wife and sister, and a faithful and devoted member of Pembroke Christian Church. She enjoyed gardening and spending time outdoors, cooking, reading, and bragging on her children.

She is preceded in death by her parents Jessica and Clarence Viars, her son Tony Browning; brother Bill Bussey, and step brothers Bobby Bussey and Larry Viars.

A celebration of Oneeda’s life will be held on Wednesday, November 14, 2018 at Kendall Funeral Home, 605 Snidow Street, Pembroke. Visitation will take place at 10:00 am followed by the service at 11:00 am. A private burial service will take place at Birchlawn Burial Park in Pearisburg.