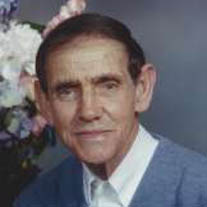 William Martin Brown “Bill”, of Apple Drive, Pearisburg, departed this life Monday evening, January 25, 2016 at Carilion Giles Community Hospital in Pearisburg after a long illness. He was a long-time member and Deacon at Riverview Baptist Church in Ripplemead and was employed as a welder at Fairchild.

Bill was preceded in death by his parents Frank L. and Lena Lawson Brown.

Funeral services will be conducted Sunday, January 31, 2016, at 3 pm in Riverview Baptist Church in Ripplemead with Pastor Shahn Wilburn officiating. The family will receive friends at the church one hour before the services. Entombment will take place at 9:30 am at Birchlawn Abbey, Pearisburg, Monday, February 1, 2016.

The Kendall Funeral Home in Pembroke is in charge of arrangements. Online condolences may be sent by visiting kendallfuneralhome.com. 540-626-7221.