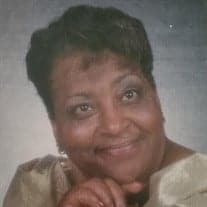 Rebecca Anne Brown, 75, of New River, Virginia went to be with her Lord on Wednesday, December 29, 2021. She preceded in death her parents, Reuben Lee and Kathleen Ingram Davis; sister, Darlene “DeeDee” Claytor and Sara E. Davis and nephew, Tremaine Claytor.

Anne was a member of Radford Church of God in Christ under the leadership of Bishop Ronald Watson.

The family will receive friends from 1-2:00 pm Tuesday, January 4, 2022 in the Radford Church of God in Christ. Interment will be private. Arrangements by McCoy Funeral Home, Blacksburg.