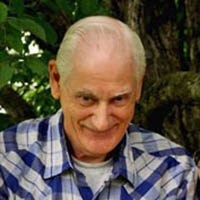 Henry (Doodie) Brown, 75, of Radford, passed away Friday, May 29, 2015. He was a member of Fairlawn Baptist Church and retired from Inland Motors with 28 years of service.

He was preceded in death by his parents, Harley and Dessie Igo Brown; sons, Jason and William Henry Brown; brothers, Albert and Arnold Brown and sister, Reba Jean McCoy.

Survivors include his wife of 27 years, Dianna R. Brown of Radford; sons and daughter-in-law, James Allen Brown of Salem, and Joseph Edward and Carolyn Brown of Radford; step son and his wife, Ronald and Janece Bear of Philadelphia, Tenn.; step daughter and special friend, Debbie Overbay and Frank Fleet of Fincastle; grandchildren, Amanda, Kelly, Douglas, Logan, Katie, J.D. and step grandchildren, Catarina and William; brothers and sisters-in-law, Herb and Connie Brown of Sophia, W.Va., Ronald and Betty Brown, and Larry and Norma Brown all of Dublin; sisters and brother-in-law, Nancy and Laird Cummins of N.C., and Pat Berry of Pemberton, W.Va.; mother-in-law, Lorene Robinson of Marion; and numerous nieces and nephews.

The family will receive friends from 4 p.m. until 6 p.m. on Tuesday, June 2, 2015 at the Fairlawn Baptist Church with services beginning 6 p.m. with Rev. Jim Baucom officiating. Interment will be held 11 am, Wednesday, June 3, 2015 at the Mt. Zion UM Church Cemetery in Marion.

The Brown family is in the care of Mullins Funeral Home in Radford. www.mullinsfuneralhome.com