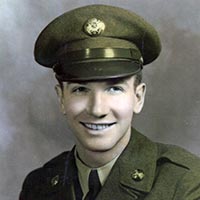 Carl was a U.S. Army Korean War Veteran. He retired from Celanese in Narrows, VA, after 43 years of service. He was an avid wood worker and loved old tractors. In addition to his parents, he was preceded in death by four brothers, Ray, Howard, Kenneth, and Ted Brown; and three sisters, Anna Mae, Evelyn, and Cathelene.

Due to the regulations associated with the COVID-19 pandemic, and out of love and respect for extended family and friends, a private graveside service for only the immediate family will be held at the St. Johns Church Cemetery in Union, WV, with Pastor Jim Rogers officiating. A memorial service will be held at a later date.

In lieu of flowers, the family requests that memorial contributions be made in Carl’s honor to the American Cancer Society (P.O. Box 22478, Oklahoma City, OK 73123).