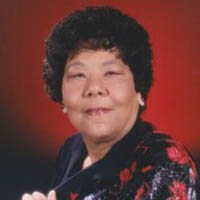 Ellen Louise Jackson Brooks, 86, passed away Tuesday, June 28, 2022 at her home in Fairlawn. She was a longtime member of First Missionary Baptist Church. She was preceded in death by her husband, William Curtis Brooks, Sr.; her parents, Ralph Silas and Ethel May Jackson; and grandchildren, Tonja and Latosha.

The family would like to especially thank Kindred Home Health and Hospice for all their love and care.

The family will receive friends from 12 until 1 pm on Saturday, July 9, 2022 at the First Missionary Baptist Church in New River. Funeral services will begin at 1 p.m. with Rev. Daniel Parks officiating. She will be interred at a later date beside her husband, in the Brooks Family Cemetery in Pearisburg.

The Brooks family is in the care of Mullins Funeral Home & Crematory in Radford, Virginia. www.mullinsfuneralhome.com