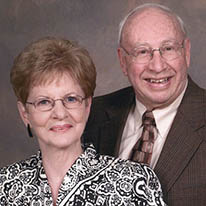 Patricia Jean Williams Brookman, 85 of Narrows, VA went to be with the Lord on Saturday, August 6, 2022, at Commonwealth Senior Living in Radford. Pat was born on February 3, 1937, in Crewe, VA and was a daughter of the late Rudolph Benton Williams and Emma Lucas Williams. She was also preceded in death by her first husband, R.G. Akers, Jr.; a brother, Barrie G. Williams and a step-son, Danny Brookman.

Pat was a graduate of Pembroke High School where she played basketball for the “Corncutters”. After attending Bluefield College, her first job was working for Dr. Maury Newton, Jr. in Narrows, followed by owning a flower shop. Later Pat worked as a bookkeeper for Commonwealth Bolt, Inc. in Rich Creek. She was a member of the First United Methodist Church in Narrows. Pat was actively involved in Progress in Narrows Now where she won several awards. She loved playing Bridge and Bunco and was an avid golfer for many years at Giles Country Club in Pearisburg. Spending time at Little Meadows Hunt Club with family and friends was very special to Pat.

A Celebration of Life will be held Saturday, August 13, 2022, at 2pm at the First United Methodist Church in Narrows with the Rev. Doug Armstrong officiating. The family will receive friends at the church one hour before the service from 1–2pm.