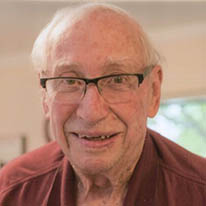 Donald Lewis Brookman, 91, of Narrows, VA went to be with the Lord on Wednesday, October 19, 2022, at Commonwealth Senior Living in Radford. Don was born on March 18, 1931, in Princeton, WV and was the son of the late Clyde Joseph Brookman and Bessie Alice Thomason. Besides his parents, he was preceded in death by his first wife, Catherine Branham Brookman; second wife, Patricia Williams Brookman; son, Daniel Lee Brookman; two sisters, Leona Brookman Martin (Corky) and Kathryn Brookman Frazier (Cedric).

Don graduated from Narrows High School, received a BA degree from Emory & Henry College and a MS degree from Radford College. He served in the US Army, 1953-55. Following his military service, Don was employed at his father’s business, Intermont Laundry and Dry Cleaners until 1962 when he began a teaching career at Narrows High School. He continued in many capacities in the educational field until he retired in 1986 having served as Principal and Director of Vocational Education for Giles County Schools. He was a member of First United Methodist Church of Narrows where he taught Sunday School and served in many positions. Don was a member of the Narrows Lions Club and active with Progress In Narrows Now. He proudly served on the Virginia Department of Education Advisory Board and the Advisory Board for New River Community College. Don enjoyed playing golf, reading, attending VT football games, and spending time at Claytor Lake, but his most loved pastime was being with his family.

Don is survived by his children, David Lewis Brookman (Susan) of Hampton; Amy Brookman Ferrell (Tim) of Ellicott City, MD; William Joseph Brookman of Fort Lauderdale, FL; Donald Scott Brookman (Teresa) of Dublin; Kathy Firth Brookman of Hampton; stepson, Michael Wayne Akers of Narrows; 18 grandchildren; 2 step-grandchildren; 17 great-grandchildren; 1 step-great-grandchild; special niece, Cindy Martin Light (Leon, deceased) of Narrows; and special nephew, Bruce Hampton Frazier (Heather) of Pearisburg. A Celebration of Life will be held Saturday, October 29, 2022, at 2pm at the First United Methodist Church in Narrows with the Rev. Doug Armstrong officiating, a private interment to follow at the Fairview Cemetery in Narrows. The family will receive friends at the church from 12:30pm – 2pm prior to the service. Memorials may be made to First United Methodist Church of Narrows, PO Box 398, Narrows, VA 24124. The family is being served by Givens – Riffe Funeral Service in Narrows, (540) 726-2442, and online at riffefuneralservice.com.