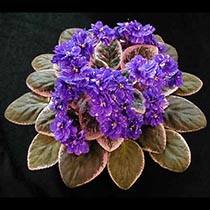 Vivian Lorton Brezeale, a native and longtime resident of Radford, Va., died on Tuesday, July 6, 2010, in Acton, Mass., where she had lived for the past 10 years with her daughter and son-in-law, Gayle B. and Don Johnson. She was born on August 14, 1916, to Joseph T. and Allie Slusher Lorton.

Vivian was predeceased by her husband of 61 years, Claude “Butch” Brezeale Sr.; four brothers; one sister; and one granddaughter. She is survived by her children and spouses, CP Brezeale Jr. and wife, Dottie Stafford Brezeale, of Wake Forest, N.C., and Gayle B. and Don Johnson, of Acton, Mass. Also surviving are a brother, Stanley Lorton, of Willis, Va.; and a sister, Ernie L. Bonds, of Raleigh, N.C. Vivian’s surviving offspring include four grandchildren; 11 great-grandchildren; and three great-great grandchildren.

While a resident of Radford, Vivian was a life-long member of First Christian Church, was employed by Jackson’s Hardware, was an active member of the Business and Professional Women’s Club, and the Garden Club. Vivian was well known for her poetry, winning numerous awards. Vivian was an avid reader from childhood until her death and was devoted to her family.

A Memorial Service was held in Acton, Mass., on July 10, 2010. A Funeral Service will be conducted 2 p.m. on Friday, July 16, 2010, at First Christian Church in Radford followed by a graveside service at West View Cemetery with the Reverend Gina Rhea officiating.