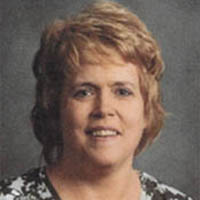 She is survived by her daughters, Nicole and Kaitlyn Brewer, both of Blacksburg, her mother, Gerda Jenks, of Lancaster SC, her brother, Robert Jenks, of Columbus GA, a sister-in-law and two nephews as well as many colleagues and students that she considered her extended family.

Karen was born on June 27, 1961 in Wiesbaden, Germany. Being the daughter of a career military man, she moved around as a young girl having the opportunity to see much of the United States and the world before the family settled in Lancaster, SC in 1974. Karen graduated with honors from Lancaster High School in 1979. She received her Bachelor of Science Degree from Wofford College in 1983 and her PhD in Chemistry from Clemson University in 1987.

Upon receiving her PhD, she completed a postdoctoral fellowship at the University of California, Berkley studying under Melvin Calvin. She then accepted a position at Washington State University as an assistant professor. In 1992 she moved to Blacksburg, VA as an Assistant Professor in the Department of Chemistry at Virginia Tech. Through her years of dedication and hard work in her field of study, she attained her goal of being a Full Professor at Virginia Tech in 2005.

Karen will be best remembered by the Hokie community for her passion for research, teaching, and community outreach. Her research topics included solar energy as well as cancer treatment using light-activated molecules.

Over the years, Karen received recognition for her excellence in her field, including teaching awards, a Popular Mechanics Breakthrough Innovator Award and, most recently, the Virginia Tech Outreach Award.

Dr. Brewer will be greatly missed by her family and the community. In lieu of flowers, donations in her memory can be made to the Roanoke Wildlife Rescue, see www.roanokewildlife.org.