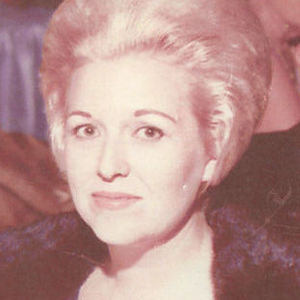 Eve J. Brennan, born January 21, 1932, passed away on March 4, 2014 at the home of her daughter in Pearisburg, Virginia. She was born in Waurika, Okla. and was preceded in death by her first husband, Charles Taze Hearn; her second husband, Charles J. Brennan, her parents Fannie Mae Jones Leeper and Harry Herbert Jones Jr.; by her grandparents, Meredith C. Pollard and Janie Pollard of Waurika, Okla., and Eva Jones and Harry Herbert Jones Sr. of Waurika, Okla; and by her sister, Hattie Mae “Pat” LeSerra . She moved to Florida in 1953 and to Tennessee in 1999. At the time of her retirement, Eve was an assistant treasurer of Chase Manhattan Mortgage Corporation and she held many responsible positions in finance for this and other corporations. She was also active in many community and civic organizations for which she held the highest offices, including the Woman’s Chamber of Commerce of South Florida, the Florida Business and Professional Women’s Club, the Dade Business and Professional Women’s Club and the Women’s Committee of 100, where she was recognized with the Trailblazer Award. Among her many awards and honors, she was elected Woman of the Year by the Florida Federation of Business and Professional Women’s Club. She was appointed by the United Nations as a Special Advisor to the Chair of the International Women’s Year Decade. She was appointed by the governor of Florida to Third Century USA, helping to plan festivities for the nation’s Bicentennial and to the Miami Dade County Community Relations Board, a coalition of multiracial and multicultural leaders in the community, for which she helped mediate community concerns during the 1980 Miami riots and the 1981 Mariel boatlift on both radio and television and in interviews in international magazines and newspapers. She helped organize many fundraising projects to benefit Women in Distress, an organization for battered women, the Dade Crisis Nursery and performed many acts of kindness to family and acquaintances too numerous to detail. She was listed in five distinguished Who’s Who directories. In Tennessee she was appointed to the Sneedville Diabetic Coalition and often volunteered to decorate the Sneedville Library display case. She loved flowers, physics, math, history, art, music and children. She is survived by her three children, Charles Thomas (Mary) Brennen of Hollywood, Fla., Meredith Patricia (Gary) Goodrich, of Pearisburg, Va., and Susan Jane (Lester Gordon) Hyatt, of Sneedville, Tn.; eleven grandchildren, and six great-grandchildren. Special thanks to Hancock Manor, Dr. John Short and Carilion Hospice Services-New River Valley for their love & excellent care. In lieu of flowers, the family asks to donate to their favorite charity. The family is being served by Riffe’s Funeral Service in Narrows, Virginia, (540) 726-2442, and online at riffefuneralservice.com.