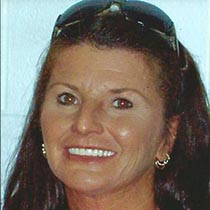 The family would like to thank Dr. Harry McCoy and the staff of Blue Ridge Cancer Care, Carilion New River Valley Medical Center and Hospice Care, and Dr. John Leslie. Sussie was a loving wife and a wonderful godmother to Bubbie and Trenton Ramirez.

DeVilbiss Funeral Home in Radford, Va., is in charge of arrangements.