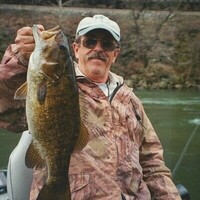 Cecil was the owner and operator of Branscom Roofing and he served the New River Valley during the span of his adult life. As a young man, he served as an Army medic in the United State Military during the Vietnam War. When Cecil was a boy, he discovered his first love, fishing. He was most at home and happy when floating a river and traveled extensively to fulfill his passion of fishing. While in his late fifties Cecil also enjoyed flying powered parachute aircrafts, which fulfilled his adventurous spirit and offered him a unique point of view of the New River Valley. One of his most gratifying loves was helping animals. During his lifetime, he saved numerous animals and advocated for their humane care. Cecil had many beloved and spoiled pets. Cecil will be deeply missed by his family and friends.

He was preceded in death by his parents, Hubert and Doyle Branscom.

Survivors include his sister and brother-in-law, Sharon and Foster Ridpath; brother and sister-in-law, H. C., Jr. and Sue Branscom; several nieces and nephews; and many other relatives and friends.

The Branscom family is in the care of Mullins Funeral Home & Crematory in Radford, Virginia. www.mullinsfuneralhome.com