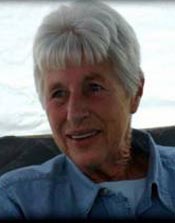 Anna Vaughan Boyer, 74, of Galax, went home to with the Lord on Wednesday, April 30, 2014 surrounded by her family at her daughter’s home in Newport News. Ann Boyer was instrumental in Youth league baseball on the Peninsula. Married to Rex Boyer, Denbigh High School and Denbigh Post 368 baseball coach, Ann was founder and served as president of Newport News Baseball Incorporated providing a quality Pony League organization for thousands of youth. As passionate as she was about the sport, she served as a mentor to many and was the stabilizing force of reason to keep the league operating at high standards for 2 decades. Ann also served as cheerleading coach and concession stand operator extraordinaire with the best hot dog chili recipe ever served.

She has participated in many projects for the promotion of Old Time Music in Galax, Va, leading hundreds of volunteers through Leaf and String Festivals, HoustonFests, and leading the volunteers on a weekly basis at the Rex Theater. Ann was instrumental in introducing many young people to the tradition of mountain dancing and Old Time music and felt that was important to keeping the tradition alive today.
She learned and fell in love with clogging as a member of the High Mountain Stepper Clogging Team, before she created and directed the Galax based Country Kickers Clogging Team.

In lieu of flowers, the family suggests that contributions be made to The Houston Caldwell Youth Music Scholarship, PO Box 1516, Galax, VA 24333.

The Boyer family is in the care of Mullins Funeral Home & Crematory in Radford.