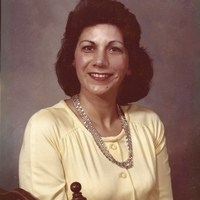 With profound sadness we announce the passing of Carmen Novia Bowman on October 30, 2021- our loving and devoted mother, grandmother, and friend.

Carmen lived her life with a fierce passion and was known especially for her love of family and friends, food, and pioneering as a Jehovah’s Witness. She was baptized on June 29, 1985 and became a pioneer for Jehovah in 2004. She served as a pioneer from September 2004 to January 2009 and again from September 2010 to September 2012. Her life was one of service. Carmen was known for her hospitality and her generosity. She served as a combat nurse during the Korean War, a licensed cosmetologist, and the matriarch of an extensive family. Carmen shared a special relationship with her dear friends Clonnee Tate, Sunil and Gosia Vasudeva.

She is survived by her four children and their spouses: Mark Dobos, Dianna Bucchi, Valorie and Scott Adams, and Hubert (Jr.) and Kimberly Bowman. Two siblings, Louise Novia and Teresa Neuhs.

Additionally, several generations of grandchildren, great-grandchildren, and great-great grandchildren have the honor of continuing her legacy. It is in this way that we are comforted with the fact that her name will live on forever.

A celebration of Carmen’s life will be held at Mullins Funeral Home (120 W. Main Street, Radford, VA 24141) on Friday, November 5, 2021. Visitation will be from 12pm to 1pm, a funeral service from 1pm to 2pm, and a procession for interment to follow shortly thereafter at Highland Memorial Gardens.

In lieu of flowers donations can be made to the worldwide work of Jehovah’s Witnesses, 900 Red Mills Road, Walkill, NY 12589-5200.

The Bowman family is in the care of Mullins Funeral Home & Crematory in Radford, Virginia. www.mullinsfuneralhome.com.