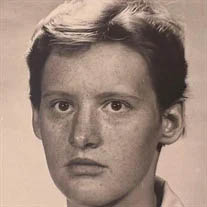 She was born on January 26, 1940 in Richmond, VA to Joseph A. Schad and Eleanora Anne Jewett, both of Syracuse, NY. She was the older sister of Joan Schad Lewis Marshall. Joyce was married to Carmen R. Bowling until his death in 1977. Her sister, Joan, stepdaughter Lyn Bowling Nutt (Luke) and grandson Rick, nieces Anne Arrington Jones, Sandra Nelson Morgan; great nieces and nephews, Hayley and Bryce Jones, Nelson A. Morgan (Arielle), Rachael Morgan and Easton Morgan-Moomaw, survive her. Many cousins and friends and Joyce’s lifelong (since third grade) friend, Peggy Skinner Morgan also survive her. Joyce had no children.

Joyce grew up in Blacksburg where she attended public schools, graduating high school in 1957. She also attended Virginia Tech as a special student (students who were taking classes as non-degree). She earned all A’s. Also, a veteran, she served the United States Navy for two years. She received an honorable discharge and returned to the Blacksburg area where she lived the remainder of her life except for the past few months.

Joyce was passionate about cats and likely spent as much time volunteering as working. In the early 70’s, Joyce worked for Rivendell, a place for troubled youth. She managed the Piedmont Condominiums in Blacksburg for many years. She also volunteered at a suicide hot line and volunteered as a poll worker for the Democratic Party. Her longest service was for the Humane Society of Montgomery County.

Anyone who knew Joyce knew she loved cats. It was said she rescued half the cats in Blacksburg and fed the other half. She loved playing sports and played on softball, soccer, and rugby teams in Blacksburg. She also loved to run marathons and 10K’s. Even though she did not start running until she was 40 years old, she brought home several ribbons and trophies. She was a voracious reader and an interesting person to talk to on any subject. Mostly though, she was a good friend and sister who was always there when you needed her.