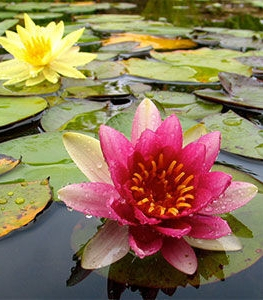 Sandra Kaye Morris Bowles, 57 of Narrows, passed away Tuesday, February 18th, 2014 at Carilion Roanoke Memorial Hospital. She was born in Pearisburg on October 27th, 1956, and was the daughter of Elizabeth Richardson Morris and the late John W. (Bill) Morris. In addition to her father, she was preceded in death by her husband of 18 years, Jack Michael Bowles, Sr. Sandy was a longtime member of First Christian Church (Disciples of Christ) in Narrows. For many years, she worked as a phlebotomist at many hospitals and medical facilities. Some of her patients included legendary boxer Muhammad Ali and longtime NFL coach Don Shula. She loved animals, and never met a stranger. She’ll best be remembered for her contagious smile. In addition to her mother, she is survived by two daughters, Melissa Biggs and husband John of Narrows, Pepper Fields and Mike Crigger of Pearisburg; four granddaughters, Alexis Biggs, Emma Lucas, Sarah Lucas, and Shelby Biggs; one grandson, Grayson Biggs; a sister, Donna Dunn of Narrows; and a special nephew, Bobby Dunn of Wytheville. Funeral services will be held Saturday, February 22nd, 2014 at 11 AM in the Chapel of Riffe’s Funeral Service in Narrows with Rev. Jim McDaniel and Rev. Dennis Martin officiating. Burial will follow in Fairview Cemetery. The family will receive friends at Riffe’s Funeral Service Friday from 6 to 8 PM. The family requests that memorial contributions be made to Riffe’s Funeral Service, Inc.; 600 Main Street; Narrows, Virginia 24124, to cover final expenses. The family is being served by Riffe’s Funeral Service in Narrows, (540) 726-2442, and online at riffefuneralservice.com.