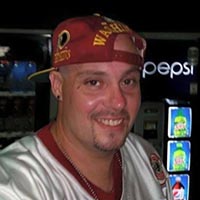 Jack (Mikey) Michael Bowles, Jr. 37 of Narrows, VA, went to be with the Lord on Tuesday, February 5, 2019 at his home. Mikey was born on March 5, 1981 in Blacksburg and was a son of the Dorothy L. Thorne of Rich Creek and the Late Jack Michael Bowles, Sr. Besides his father, he was preceded in death by his grandmother, Evelyn Smith Bowles and two fathers-in-law, Glenn Patrick Bowles and Johnny R. Meredith, Jr.

Mikey was a 1999 graduate of the Narrows High School Greenwave, he enjoyed music mostly making up his own rhymes and songs, he enjoyed playing the drums and football in high school and playing drums and the guitar in the First United Methodist Church in Narrows. He loved raising his pit bulls, Mufasa, Mecca, Montana, Simba and their puppies. He enjoyed swimming, playing Xbox One with friends and motorcycles and a bigtime Redskins fan.