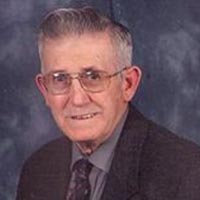 Essie Ivan Bowles, 82, of Shawsville, went home to be with the Lord on Monday, August 10, 2015. He was preceded in death by his father and mother, James Daniel (Dan) and Grace Wheeling Bowles; two brothers, Walter and Leslie Bowles; and one sister, Macie Bowles Duff.

The family will receive friends on Wednesday, August 12, 2015, from 5-8 p.m. at Horne Funeral Home. The Funeral Service will be held on Thursday, August 13, 2015, at 2 p.m. in the Horne Funeral Home Chapel, with Pastor Wes Connor and Pastor Chuck Pauley officiating. Interment with full military rites provided by the D.A.V. Chapter 3 of Salem will follow in Roselawn Memorial Gardens, Christiansburg.