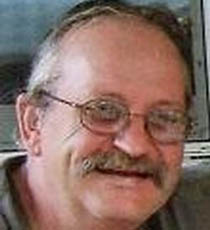 Ronnie Joe Bostic, age 60, of Pilot, VA passed away Sunday, March 27, 2016 at Roanoke Memorial Hospital, Roanoke, VA following a short illness. Born November 6, 1955 at Union, WV he was the son of the late Edgar Hereford and Betty Ann Hall Bostic. Mr. Bostic had worked as an X-Ray Tech at ATK in Radford, VA, and he was affiliated with the Baptist Faith.

In addition to his parents he was preceded in death by his wife, Sandra Kay Kessinger Bostic; a daughter, Rhonda Jo Sessums; and a sister, Gloria Humphreys.

Funeral services will be held 2:00 p.m. Saturday, April 2, 2016 at the Groves Funeral Home Chapel in Union, WV with Rev. Bob Ratliff officiating. Burial will follow in the Ballard Cemetery on 219, Union, WV.

Friends may call Saturday, April 2, 2016 from 12:00 Noon until time of services. Those wishing to send the Bostic family online condolences or sign the online guestbook may do so by visiting www.grovesfuneralhome.com