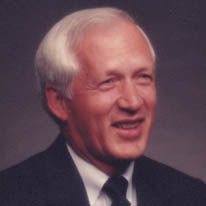 Randal “Randy” D. Boone, 73, passed away at home surrounded by family, after a battle with Alzheimer’s and Lewy Body Dementia. Born June 21, 1943 in Mobile, Alabama, he lived most of his life in Virginia.

He graduated from Georgia State University and spent the majority of his career working for McDonald’s Corporation and then a McDonald’s owner/operator. Following his retirement, he moved to Blacksburg and earned his Master Gardener certification at Virginia Tech. He loved gardening, fishing and spending time with his family. He will always be remembered as friendly, compassionate, and generous and an adoring husband, father, grandfather, brother and friend.

He leaves his wife of 55 years, Mary “Mimi” Boone of Blacksburg, VA; his daughter, Mary Grove, her husband, Jim, and their children, Miranda, Laurel and Jared, all of Blacksburg, VA; his daughter, Becky Clark, her husband, Gene, and their sons, Taylor and Tyler, all of Mount Airy, NC; his daughter, Paula Calabia, her husband, Ted, and their children, Ryan, Caroline and Emily, all of Arlington, VA; and his brothers, Marvin Boone of Bay Minette, AL and Ronald “Ronnie” Boone of Fairhope, Alabama. He is preceded in death by his parents Walter Boone and Bertha Heaton Moore; sisters Bonne Harris and Jackie Miller; and brother Walter Boone.

Services will be held 11:00 am on Wednesday, September 14th at Christ Episcopal Church, 120 Church Street NE, Blacksburg, VA. A reception will follow at the church.