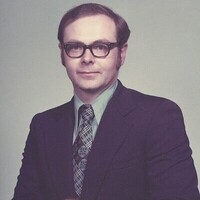 His family lived in Burke’s Garden, Virginia until 1960. At that time, his family moved to Radford, Virginia where Joe attended Belle Heth Elementary School, Radford High School, Wytheville Community College, and Virginia Tech. He graduated from Virginia Tech in March 1972 with a double major in Business management and in General Business.

Joe was employed as the textbook manager at the Virginia Tech University Bookstore for 29 years. He retired in December 2003.

After his retirement, Joe continued to enjoy fishing and model aviation. He built most of his airplanes and helicopters. He enjoyed flying them with his friends, who were also members of the Pulaski County Flying Aces and the Wythe County R/C Flyers. He served the club as both vice president and secretary.

He was preceded in death by his father, John Robert Boling; his mother, Helen Morehead Boling; and his brother, Stephen Boling.

Suriving are his wife of 49 years, Mary Boling; one son and daughter-in-law, Gregory and Tammy Boling; and five grandchildren, Hayden, Madelynn, Aishlin, Tristan and Mia.

At Joe’s request, funeral services were private; but his family and special friends are left to share a lot of wonderful memories.

The Boling family is in the care of Mullins Funeral Home & Crematory in Radford. www.mullinsfuneralhome.com