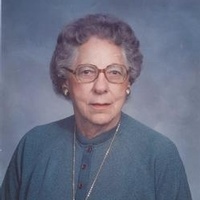 The family would like to give a special thanks to the nursing staff at the Radford Health and Rehab for their kindness.
The family will receive friends from 2 to 3:30 p.m. on Tuesday, April 19, 2016 at the Mullins Funeral Home in Radford.

Funeral services will begin at 3:30 p.m. at the funeral home with the Rev. Bobby Lorton officiating. Graveside services will be held at 11 a.m. on Wednesday, April 20, 2016 at Burkes Garden Central Cemetery in Tazewell, VA.

The family requests that no flowers be sent, instead make a contribution to a charity of your choice.

The Boling family is in the care of Mullins Funeral Home & Crematory, Radford, Virginia. www.mullinsfuneralhome.com