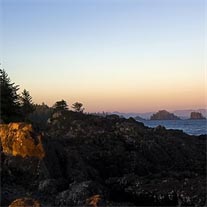 James (Rosie) Franklin Boles, 68, of Christiansburg, died Friday, August 14, 2009 at Montgomery Regional Hospital. He was born in Blacksburg, Va. on February 27, 1941 to the late Elmer Kent and Iva McPherson Boles. He was preceded in death by his brother, Roy Vernon Boles.

He retired from VPI&SU after 35 years of service. After retirement, Mr. Boles served the community by working with the New River Valley Senior Services. He was a member of Christiansburg Wesleyan Church were he enjoyed teaching Sunday school.

Memorial services will be conducted Sunday, August 16, 2009 at 3 p.m. in the McCoy Funeral Home Chapel with Dr. David Hurd officiating. The family will receive friends from 2 to 3 p.m. Sunday prior to the service. Memorial contributions may be made to the Christiansburg Wesleyan Church, 525 Harkrader Street, Christiansburg, Va., 24073 or flowers will be appreciated. Arrangements by McCoy Funeral Home, Blacksburg.