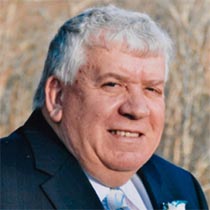 Roy Bolen, age 68, of Christiansburg died, Sunday, January 21, 2018, at his home. He was born in Odd, WV on January 12, 1950 to the late Thomas Alfred and Nina Davis Bolen. He was also preceded in death by his sister, Margrett Ann Bolen Moore and his brother, Thomas Wayne Bolen.

He graduated from Stoko High School, WV and moved to Radford, VA to work at the R.A.A.P. He joined the U.S. Army in 1968 and served three tours in Vietnam and transitioned to the Army National Guard upon returning to Virginia. He began working for the Virginia State Police in 1972, he began flying helicopters for the Army and Virginia State Police in 1982. After returning in 1992, he began working at the Montgomery County Sheriffs Office. In 2001, Roy began teaching Criminal Justice and Sociology at New River Community College and at the Southern West Virginia Community College.

He is survived by his wife, Sharon Dalton Bolen of Christiansburg; son and daughter-in-law, Patrick Wayne and Heidi Bolen and their children, Aubrey and Camden; daughter and son-in-law, Shannon Nicole and Nathan Hurd and their children, Sarah, Harley, Sadie and Blaze; stepson, Steven Dalton and Michah and children, Kobie, Madison, and Kashton.