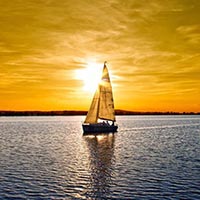 He was born December 8, 1918, to the late Robert and Tennie Price Bocock. In addition to his parents, he was also preceded in death by his wife, Ruby Gusler Bocock; one sister, Etta Belle Bocock; and seven brothers, Robert, Taylor, Lacy, Tracy, John, Clyde and twin brother, Floyd Bocock. He was a member of the Bland Bible Church and was retired from the Celanese Corporation with 32 years service.

Funeral services will be held 2 p.m. Wednesday, July 30, 2008, at the A. Vest & Sons Funeral Home, White Gate with the Rev. Bobby Blankenship and the Rev. Dewayne Martin officiating. Burial in the Stinson Cemetery, White Gate. Visitation will be Tuesday, July 29, 2008, at the funeral home after 1 p.m. and the family will receive friends from 6 to 8 p.m.