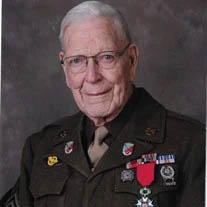 George Terrill Blume, age 96, of Blacksburg died, Sunday August 7, 2022. He was born in Richmond, VA on September 20, 1925 to the late George Washington Jones and Ruth Bowman Blume. He was also preceded in death by his wife, Edna Earl Blume, a sister, Margaret Wendt.

He was a European theater World War II Veteran having served in the US Army. Graduate of Virginia Tech Class of 1950 and received his Doctorate in Sociology. He was a longtime member and dedicated volunteer at Blacksburg Baptist Church. George was a member of American Legion Post 182 and had served the Legion for 79 years. George chose to sponsor African- American male and female students in the leadership program of the Corps of Cadets at Virginia Tech. He contributed funds to accomplish this, and he asked that contributions be made to extend this effort.