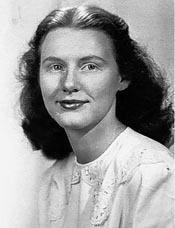 Beatrice Altizer Blue, our loving wife and mother went home to be with her Lord and Savior Jesus Christ on Saturday, April 5, 2014 in Tucson, Ariz. She was born in Radford, Va., on November 2, 1925. Bea was preceded in death by one daughter, Debra Bea Blue; a son, Jeffrey Duncan; her parents, Charles Dudley and Maud Alberta; father and mother-in-law, John and Willie Blue; stepbrothers, Carl, Harold, Nelson, and Ord Reed; stepsisters, Alice Leah and Inez Cybry; sisters-in-law, Ruth Callahan and Glada Blue; and her brothers-in-law, Bobby Blue and William Wohlford.

Bea nurtured many children whom she loved as her very own, including Tim Costigan, Phillip Bland, Karen (Buffy) Gallimore, Betsy Hawley, and more. Bea was a wonderful wife and mother. She was a very giving person and loved to help people. She was a great cook, liked to crochet, play games, and loved to travel and spend time with her family and friends. She had written that she loved seeing the beautiful things God had made. Bea had left a personal message, that most of all she wants to meet all her family and friends in Heaven and that will be the greatest reunion of all!

She attended New River Community College in Dublin, Va. During the war effort, she worked for the Radford Army Ammunition Plant and her name is on the World War II Memorial in Washington, D.C. In 1978, Bea and Sam moved to Tucson, Ariz., where she worked at American Airlines as a Sky Chef cashier. She enjoyed her job because she got to meet a lot of interesting people including some celebrities. She also attended Pima College.

The family will receive friends on Wednesday, April 17, 2014, at the Radford Wesleyan Church from 2 to 3 p.m. at DeVilbiss Funeral Home with funeral services to follow directly with Pastor Zach McConnell officiating. Interment will follow at West View Cemetery in Radford, Va.

DeVilbiss Funeral Home in Radford, Va., is in charge of arrangements.