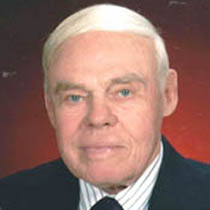 James H. Blount, Jr., 83, of Woodstock, Va., formerly of Christiansburg, Va., died peacefully in his sleep on Monday, November 17 in Buckingham, Va. where he loved to hunt. Jim, or Jimmy, as many knew him, was born on March 27, 1931, in Christiansburg, Va.

He is survived by his wife of 61 years, Barbara K. Blount of Woodstock; three children, Steven J. Blount and wife Corinne, of Stone Ridge, Va.; Linda B. Seal and husband Bob, of Chattanooga, Tn.; and David C. Blount and wife Andrea, of Charlottesville, Va. He also had five grandchildren and three great grandchildren. He also is survived by special cousins Patricia B. Barker, of Midlothian, Va., and C. Ross Blount of Christiansburg.

Upon graduating from Christiansburg High School in 1949, Jim enlisted in the United States Marine Corps. He served three years active and six years reserve duty, including during the Korean War, attaining the rank of Sargent. Jim worked in local government for 34 years. He was assistant town superintendent and superintendent of public works in Christiansburg between 1953 and 1968. He moved his family to Woodstock in 1968 to become Town Manager, a position he held for 19 years until his retirement in 1987. He was an active participant in the Virginia Municipal League, through which he made many friends and acquaintances across the state. He later worked as a part-time inspector for the Virginia Department of Transportation. Jim also was a longtime member of the Woodstock United Methodist Church, where he had served as a member of the Board.

Jim was a life long hunter. He was a member of the Christiansburg Hunt Club for 60 years. He loved his trips to Buckingham, where club members hunted, and where he made a number of special friendships. Jim loved a good hunt, but enjoyed the friendship and fellowship with the club members even more.

In lieu of flowers, the family requests that donations be made to the Woodstock Fire Department or the Christiansburg Fire Department. Arrangements by McCoy Funeral Home, Blacksburg.