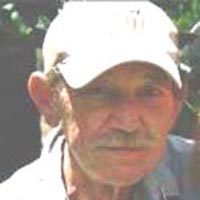 Roy Monroe Blankenship, Jr., 67, of Hiwassee and formerly of Narrows departed this life Thursday morning, October 16, 2014 at Roanoke Memorial Hospital. Born in Pipestem, WV on August 25, 1947, he was a son of Geneva Hill Blankenship of Narrows and the late Roy M. Blankenship, Sr.

He was raised in the nurture of Bethel Chapel Church and was a veteran of the U S Army, Vietnam Era. He had a passion for farming, helping others, and his animals.

He leaves to cherish his memory his mother Geneva Hill Blankenship; his fiancé Suzanne Pletcher of Hiwassee; his beloved daughter and son-in-law Amy and Nicholas Frazier, Jr. of Fairlawn; his grandson Will Monroe Frazier of Fairlawn; his brothers and sisters-in-law Daniel Miller and Janet Blankenship of Staffordsville, Douglas Leon and Royanne Blankenship of Cleveland, Ohio, and Willard Mac Blankenship of Narrows, as well as many loving nieces, nephews, and extended family. A special thanks to all his friends who have helped in his times of need.

The family will receive friends at the Kendall Funeral Home, 605 Snidow St., Pembroke, Sunday evening from 4:00 pm until 6:00 pm. A funeral service will follow the visitation. A graveside service will be conducted Monday at 11:00 am at the Southwest Virginia Veterans Cemetery in Dublin.

In lieu of flowers the family suggests that contributions be made to the American Kidney Foundation. Online condolences may be sent by visiting kendallfuneralhome.com.