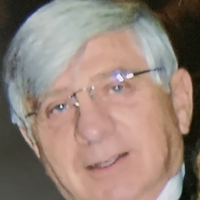 Harold Thomas Blankenship, Jr., 76, of Alexandria, VA and Mechanicsburg, VA, passed away Saturday, April 11, 2020. He was born at Marion, VA on December 2, 1943, the son of the late Harold Thomas, Sr., & Elizabeth Wymer Blankenship.

He was actively involved in two churches within the communities he lived. He was proud graduate of Virginia Tech, where he received his Bachelor’s degree, Kennesaw State University, where he received his Master’s Degree and NOVA Southeastern University, where he earned his doctorate. He was a veteran of the United States Army and served during the Vietnam Era. He belonged to numerous professional and engineering organizations and served his community through the Bland American Legion Post # 20, Kazim Temple and Bland Masonic Lodge, Post # 206. He retired from Norfolk and Southern Railroad and was employed by the Federal Railroad Association through the United States Government. He especially enjoyed his farm in Bland County.

Following strictly the mandated assembly restrictions, there will be no public services at this time. In lieu of flowers, the family suggests memorial donations be made in Tommy’s honor to the Bland VFW Post # 7969,