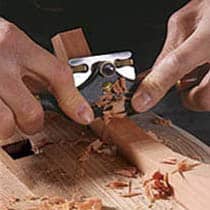 Junior loved woodworking, farming, and loved working on his land and the homeplace he grew up in.