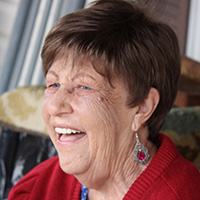 Janice Fay Stafford Blankenship, 70, of Pearisburg, Va. went to be with the Lord Saturday evening, April 8, 2017 at her home. Mrs. Blankenship was born on September 5, 1946 in Pearisburg and was a daughter of the late Henry Stuart Stafford and Mary Sadler Stafford. Besides her parents, she was preceded in death by her brothers, Harvey Gene Stafford and James Edward Stafford; and, brothers-in-law, William Blankenship and Curtis Parker.

She leaves behind to cherish her memory: her loving husband of 51 years, Buddy Lee Blankenship; her daughters, Angela and Mark Palmer, April and Glenn Myers, Christina Blankenship, all of Pearisburg; her grandchildren, Alexia Burton, Stuart Myers, Tarah Carrico, Trevor Myers, Luke Palmer, and Hope Palmer; her great-grandchildren, Aria Biggs and Pacey Carrico; her sister, Kathryn and Frank Brown of Pearisburg; her brothers, Robert and Diane Stafford of Oliver Springs, Tenn., and William and Linda Stafford of Pearisburg; her sisters-in law, Shirley and Paul Underwood of Pulaski, Va., and Bernice Parker of Christiansburg, Va.; and, her many nieces, nephews, cousins, and special friends.