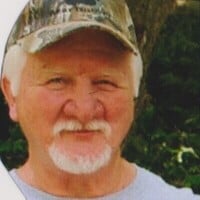 Harold Jackson Blankenship, 78, of Elliston, passed away on Friday, November 26, 2021 at his home surrounded by his family. Harold was born on September 2, 1943 in Giles County to the late Marvin Lee and Louise Hare Blankenship. Along with his parents he is preceded in death by his brother, Kenneth Blankenship.

Harold was clock #1 for Yokohama Tire where he worked for 35 plus years and was also proud to be the 1985 Horseshoe Champion.

The family would like to extend special thanks to Pastor Eddie Boothe, Pastor Melton, Michelle Wright, the Moores Chapel Church and Heartland Hospice.

A guestbook is available by visiting www.kendallfuneralhome.com. Kendall Funeral Home in Pembroke will be serving the Blankenship family.