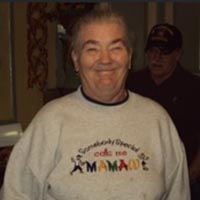 Dona Adeline Powers Blankenship, age 71 of Pulaski, died Monday evening, August 31, 2020 at her daughters home in Narrows. She was born on April 21, 1949, and is the daughter of Fay Glenn Powers and the late Elmer Powers. In addition to her father, she was predeceased by her husband: Sherman Blankenship: brothers; Danny Powers and Timmy Powers.

Funeral services will be held Friday, September 4, 2020 at 2:00 p.m. at Seagle Funeral Home with the Rev. Todd Triplett officiating. Interment will follow at Memorial Christian Church Cemetery, Draper. The family will receive friends on Friday at the funeral home from Noon until 2:00 p.m. Online condolences may be sent to the family by visiting www.seaglefuneralhome.com