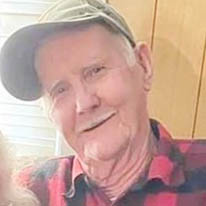 Dewey Lee Blankenship 83, of Narrows, VA, went to be with the Lord on Thursday, August 11, 2022, at Carilion Giles Community Hospital in Pearisburg. Dewey was born in Giles County, VA on March 26, 1939, and was a son of the late Jessie Davis Blankenship and Lilly Mae Clark Blankenship.

Besides his parents, he was preceded in death by his wife of 63 years, Barbara Ann Lucas Blankenship, one brother, Mike “Blinkey” Blankenship and one sister, Phyllis Blankenship.

Dewey worked as a concrete epoxy finisher for many years working for his son Randy for 15 years. He loved to hunt and fish and helping his son work on the farm.

A Celebration of Life will be held Monday, August 15, 2022, 12pm at the North Narrows Tabernacle Church with Pastor Paul Terry, Pastor Lee Martin Butch Blankenship officiating. The family will receive friends at the church Monday 1 hour before the service from 11 – 12.