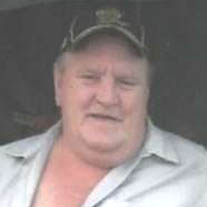 Daniel Eugene Blankenship, 59, of Blankenship Mountain, Narrows, departed this life Tuesday, April 19, 2016 at his home. Born in Giles County on June 5, 1956, he was a son of the late James Clifton and Pauline Vaughn Blankenship. He was a painter by trade and was preceded in death by his parents and a sister, Betty Sue Clemons.

Funeral services will be conducted Saturday, April 23, 2016 at 1:00 pm in the Kendall Funeral Home, 605 Snidow St., Pembroke. The family will receive friends at the funeral home one hour before the services. Online condolences may be sent by visiting kendallfuneralhome.com.