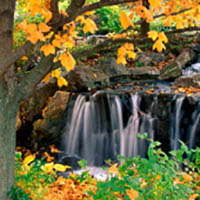 Sunday, September 25, 2022, Harry Bland passed away at 70 years old, in the comfort of palliative care at Roanoke Memorial Hospital.
Harry Lee Bland was born breech and just shy of 10 pounds in Gordonville, VA, on 10/29/51. It was often said that he came into the world feet first because he was eager to hit the ground running; it was also said that he came into the world backwards and that’s where he got his unique perspective and sense of humor.

He spent his early childhood in Ironto VA, before his family relocated to Christiansburg, VA. Harry would often reflect fondly upon memories of running, swimming, and jumping around in the sun of summer in Ironto where he most enjoyed his younger years.

He graduated from Christiansburg High School in 1970 and attended New River Community College and Patrick Henry Community College. He studied to be an auto-diesel mechanic initially and then to be a teacher of the same craft.

He officially met a “pretty little redhead”named Mary Jane on September 7, 1973 and asked her to marry him the same day. They were married in the Virginia Tech Chapel on June 1, 1974 in the company of many relatives and friends.

Life had other plans in store for him though when a house fire at their newlywed home in Martinsville called for a fresh start in the form of a move from Virginia down the coast to Daytona, FL. His wife opened a dance school called DanceWorks where she taught ballet, which he encouraged from the very beginning while she was under another dance school’s employment.

Harry started out in Florida working on Dune Buggies and Baja Bugs—always some sort of bug throughout the years that came after when he had several project VW rides. Before pure luck and good timing sent him stumbling into a newly found gifted ability in jewelry repair and custom fabrication, Harry held jobs as a repo man, a bouncer, a bodyguard, and, after hours, a barfly.

Two years after they arrived in Florida, while working at the Daytona Mall alongside Henry Jordan, Harry found himself no longer just an apprentice but a co-owner in no time as Henry recognized his unreal abilities with sizings, castings, break repairs, etc.

In 1986, after a decade of heat, sand, and humidity (with no AC, mind you), they returned home with a move back to Virginia to be closer to their aging parents and to become parents of their own, in time.

One thing never changed no matter what state they called home: Harry was a man of many talents—music, art, mechanical skills, construction skills, and most significantly, master jeweler’s skills.

He was well-known in the New River Valley as a master jeweler, as he worked for different jewelry stores and ultimately opened his own shop, established in 1999, in Radford, VA, originally named Harry’s Jewelry Sales and Service, then shortened to Harry’s Jewelers as time went by. In very little time at all, he was simply known as Harry the Jeweler.

He was preceded in death by his parents, James E. Bland, Sr. and Doris M. Bland .

Harry is survived by his wife of 48 years, Mary; his daughter, Emily; his son, Luke; sisters Lynn Duncan, Kaye Bland, and Delma Griffith; his brother, Jimmy Bland; numerous nieces and nephews whom he held very dear; some cousins and in-laws; also, countless friends and patrons of his small but well-known local business, Harry the Jeweler, serving all of the New River Valley for around 15 years before retirement.

Please join us to celebrate the unconventional life of Harry Bland at the Moose Lodge 1470 in Christiansburg VA, between 2:00 pm and 6:00 pm on Sunday, October, 30, 2022. We are going to celebrate the way Harry would have wanted and we know that he will be with us in spirit, giving a crooked smile and a thumbs up like he always would.