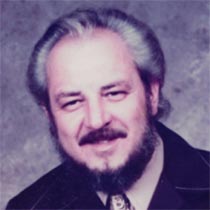 Fred was a well known man. He met many people in his lifetime, and never forgot one of their names. He retired from Virginia Tech physics and chemistry department. He was an avid woodworker, gardener, a fan of Nascar, The Hokies, NRA, football, baseball, racing, golf, basketball, was a little league coach for years, and was a musician and played guitar. Fred played baseball in high school and minor league baseball. He raced at Pulaski County Speedway. He loved a good joke and had a pet name for everyone. His passion was spending time outdoors, hunting, porch sitting, country music, family and friends. He was so proud of his children and grandchildren.

“When I come to the end of my journey and I travel my last weary mile, Just forget if you can, that I ever frowned and remember only the smile. Forget unkind words I have spoken, Remember some good I have done. Forget that I ever had heartache and remember I’ve had loads of fun. Forget that I’ve stumbled and blundered and sometimes fell by the way. Remember I have fought some hard battles and won, ere the close of the day. Then forget to grieve for my going, I would not have you sad for a day, But in summer just gather some flowers and remember the place where I lay. And come in the shade of evening, when the sun paints the sky in the west. Stand for a few moments beside me and remember only my best.”

Thank you so much to my shug for 30 years. Goodbye for now, I love you.