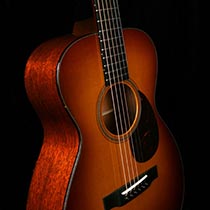 Upon graduation from high school, Wayne began his colorful and successful career by joining the National Guard. He moved to Florence, S.C. to work as a dispatcher for the Seaboard Coast Railroad. While working for the railroad, Wayne obtained his pilots license and attended Francis Marion College where he earned a Bachelors Degree in Civil Engineering. Wayne retired from the railroad after 10 years.

In 1978 Wayne joined the Engineering staff at Southern Bell in Florence, S.C. After the AT&T breakup in 1984, Wayne was able to stay on with the new BellSouth. Utilizing the BellSouth tuition aid program, Wayne earned a Master’s Degree in Management as well as a Master’s Degree in Human Resources. While still working for BellSouth, Wayne began teaching night classes at the Florence campus of Limestone College.

In 1995, Wayne went to Columbia, S.C. as a Senior Technical Manager providing desktop support for over 400 end users covering 31 different offices and work centers. In 1997, Wayne retired from BellSouth and went to work for Electronic Data Systems as District Manager for desktop support in North and South Carolina, Tennessee and Kentucky.

On weekends, Wayne could be found at Bill’s Pickin’ Parlor in West Columbia, S.C., playing what he referred to as “down and dirty” blues on his guitar. Upon retiring in 2007, Wayne was free to pursue his love of country and bluegrass music as well as his passion for writing, having published several books on Amazon.

In January 2014, Wayne and Judy relocated to southwest Virginia. Wayne was proudest knowing that he had been able to fulfill Judy’s dream of being closer to her family. He made himself at home there as well.

Wayne’s passing is like a song interrupted or a story unfinished. We will miss his jokes, his music, and his stories.

A memorial service will be announced ad held at a later date.

In lieu of flowers, the family requests that memorial contributions be made to the LewisGale Regional Cancer Center, 2400 Lee Highway, Pulaski, VA 24301.

The Bladon family is in the care of Mullins Funeral Home & Crematory in Radford. www.mullinsfuneralhome.com