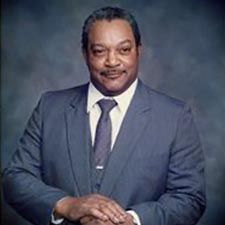 We will always remember James as a man who was “Bigger than Life.” He was loved by family and friends. If you wanted advice on any of life’s challenges James would always be there. He was always willing to give you a helping hand. Even though big in statue he had a kind heart and a gentle spirit. His grandchildren, family, and friends were always mesmerized by his stories. If you closed your eyes you could imagine yourself sitting beside him as he traveled on his many journeys.

James served our country during the Korean War in the United States Air Force. He received several awards and medals including the Presidential Unit Citation, the Good Conduct Medal, the Air Crew Member Badge, Korean Service Medal with 4 Bronze Stars and the United Nations Service Medal. On January 22, 2020 the US Air Force paid a special tribute to him for his military service to America and for advancing the universal hope of freedom and liberty for all. James was honorably discharged from the US Air force on November 26, 1952.

James Black was a member of the Jonathan Davis Consistory No. 1 A.A.S.R. It was located in Washington DC and was lawfully and constitutionally established by the United Supreme Council 33⁰, A.A.S.R. of Freemasonry S. J. Prince Hall Affiliation.

On April 18, 1954 in Salem, Virginia James was married to the love of his life Iris Claytor. They resided in Bluefield VA.

While in Bluefield, VA James was employed by the Norfolk and Western Railroad Company as a brakeman. When he and Iris moved to Washington DC James was employed as a security guard at the National Gallery of Art. James later became a guard at Lorton Prison. After several years of exemplary service, he was promoted to become a Correctional Program Specialist. He ultimately retired as Chief of the Office of Security with the Department of Corrections in Washington DC.

James was honored to serve as Chair of the Reynolds-Claytor Reunion Board of Directors. He helped plan many family reunions hosting over 300 family members in cities across the country.

In retirement, James and Iris returned to Radford, VA. James was frequently called to serve as an expert witness on security issues. Iris was always by his side as he traveled. He crossed the United States speaking at conferences, trials, and jails sharing his expertise in law enforcement. James remained active in his community after he retired. He became affiliated with Habitat for Humanity and was elected as Chairman of the Board for the Roanoke Valley Habitat for Humanity.