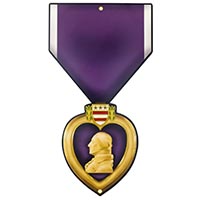 Ralph Wilson Bishop passed away on Wednesday, February 13, 2008, at the Cedar Ridge Health Campus in Cynthiana, Ky. He was born in Pulaski County, Va., on March 18, 1917.

He is preceded in death by his father, Luther Wilson Bishop; his mother, Dora Epperly Bishop Dunagan; his stepfather, James B. Dunagan; and a twin brother, Roy Thomas Bishop.

Mr. Bishop, along with his partner and friend, Bill Flint, were co-owners of the Western Auto Store in Pulaski, Va., for many years. He was known as a friendly, caring individual who never met a stranger. He joined the United States Army during World War II where he served as a medic. He received a Purple Heart for his heroic service during the war.

Upon returning to Pulaski after the war, he became an active member of First Christian Church. He served in many capacities down through the years including Sunday School Superintendent, chairman of the Church Board, chairman of several of the functional departments, member of several Search Committees when seeking to call a new minister and head usher, a position he held until shortly before moving to Kentucky in May of 2005. He also served many terms as a deacon and an elder. He was named an Elder Emeritus on his birthday, March 18, 2001.

Mr. Bishop was known as “Mr. Scouting’ for many years. He served as Scout Master of Troop 48 for over 35 years. Troop 48 continues to be sponsored by First Christian Church. He spent a total of fifty years in various capacities in scouting. He had an unusually high number of young men receive the Eagle Scout Award during his tenure as Scout Master. He was a member of the Order of the Arrow and received one of scoutings most prestigious awards, the Silver Beaver Award. Members of his troop are invited to serve as honorary pall bearers.

In lieu of flowers, the family has requested that donations be made in memory of Mr. Bishop to the New Building Fund, First Christian Church, P.O. Box 1007, Pulaski, Va. 24301 or The Pillar Project at Cynthiana Christian Church, Cynthiana, Ky. 41031.